The Grain of The Wall

From November 1st to 6th, artists Tuure Leppänen and Xiao Zhiyu will act on sabl through an evolving, rupturing and expanding process that conceives the virtual space as a digital organism. Over the course of the residency, the single room of sabl - the surveanced subject of live footage - will grow into a structural complexity through mutated duplications, to finally evolve into an apocyte-like digital architecture. The flesh of the space will expand in a proliferation of vectors - mutations of its body will be designed everyday on-site by the artists on Blender for the duration of the residency. Working everyday on a same file, the artists will form an organic architecture which duplicates and replicates the original sabl space. The surveillance cameras of sabl will stream the artists working in the room as well as the 3D-model mutating. This process of design and transformation will be influenced by a series of indexes newly identified everyday and announced on the program section of the website. They will range from mundane objects to concepts, and will inform the way the artists will proceed in the design of the rooms on Blender. This project was made possible with the support of the University of Arts Helsinki, Academy of Fine Arts.

A note on the project Text by Tuure Leppänen and Xiao Zhiyu According to Jonathan Crary, apparatuses for seeing are tools that shape the world around us both perception-wise and concretely. Camera obscura, for instance, was considered a tool for objective looking, a scientific eye, that encompassed in itself the ideology of the enlightenment era soon to come. Technology of today then, begs us a question as to what apparatuses for seeing in a virtual environment might imply for our understanding of the many presents we live in. Indeed, virtual worlds are spaces that are created in a relationship between computers and people, bringing a fragmentary notion of existence. The virtual and the program used to create it, like the camera obscura, are not a neutral playground. It is a sandbox that has been created with a set of rules placed by its creators. It is a world with its own boundaries that allow us to be, or limit the way we may operate. There are two common techniques for generating a 3D model of a room. One is pursued by building the architecture from scratch, determining vectors, lines and faces individually, the other uses the LiDar depth sensible camera of a device to scan the room. These two methods generate equally different digital models, which correspond with the two editing modes featured in the program Blender: object edit and sculpture mode. They imply distinct ideologies of form, systems where the intersection of virtual objects is regulated by specific practices. While one is determined by the mathematical relationships which coordinate the positions of vectors, lines and faces, under an idea of control and measurement, the other is rather intuitive, working with the accountability of brushes and eyes. In this system, the generation of countless vectors determines more rhizomatic and fragmented relations between them, almost impossible to retrieve. While it is immediate to move from the first mode to the second, reversing the process is instead less linear. Their vectorial compound becomes harder to be traced and understood and thus, the whole process results in a general unbalance, constantly leaning from the controllable to the uncontrollable. This process echoes the definition of body without organs, that Deleuze and Guattari delineated in their work Capitalism and Schizophrenia (1972) to express the potential of a body unregulated by the structures imposed by its constituent parts, the organs. What is controllable and uncontrollable then in the digital field of the virtual model? Where lies the boundaries between digital and organic and how organic processes can be adapted to digital systems?

A note on the project Text by xxxx xxxxxxxxxxx 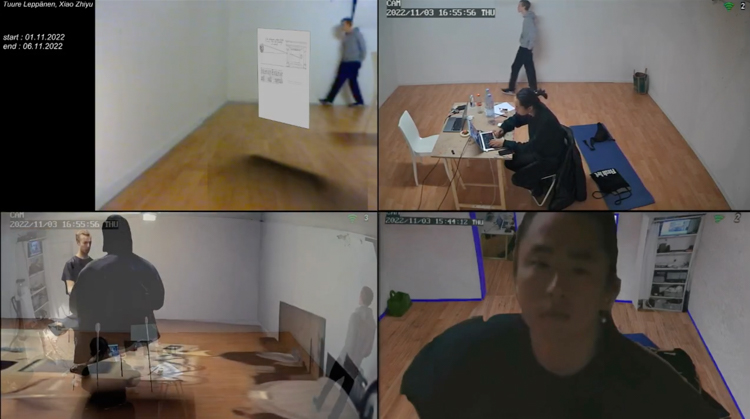 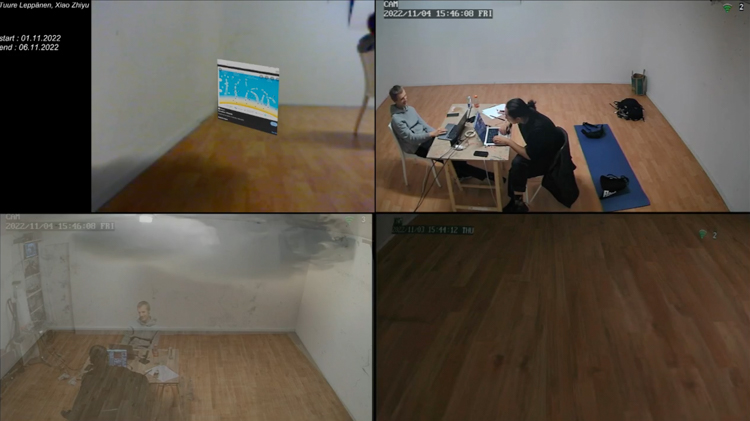 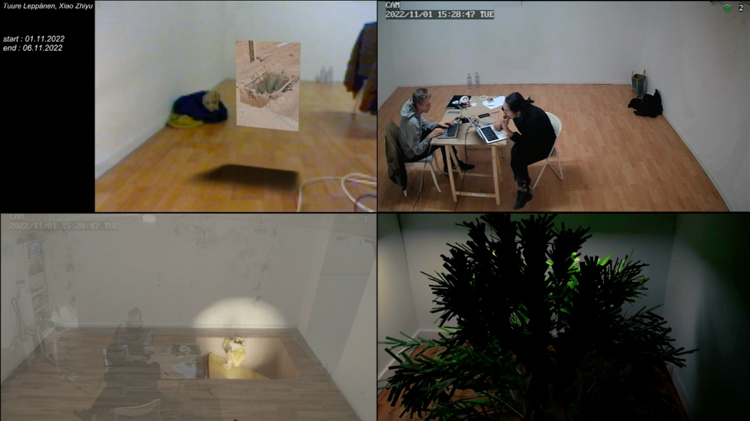 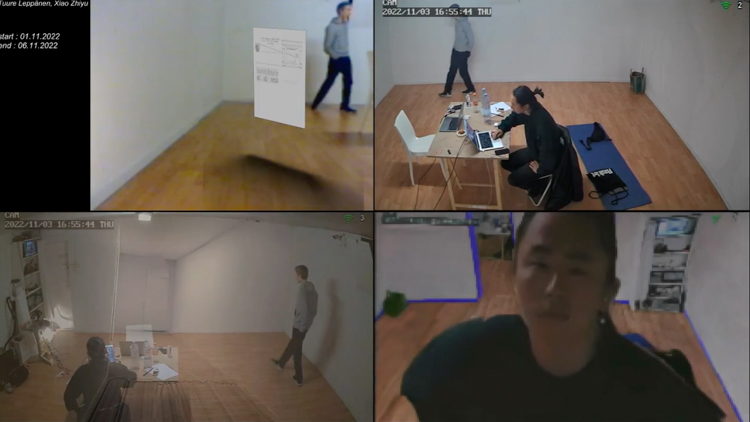 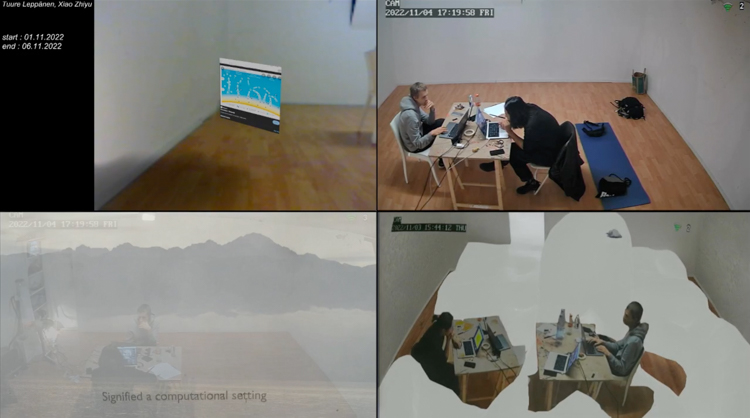 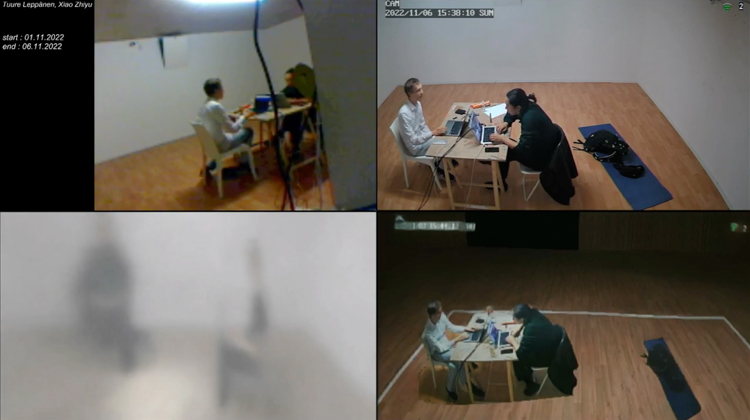 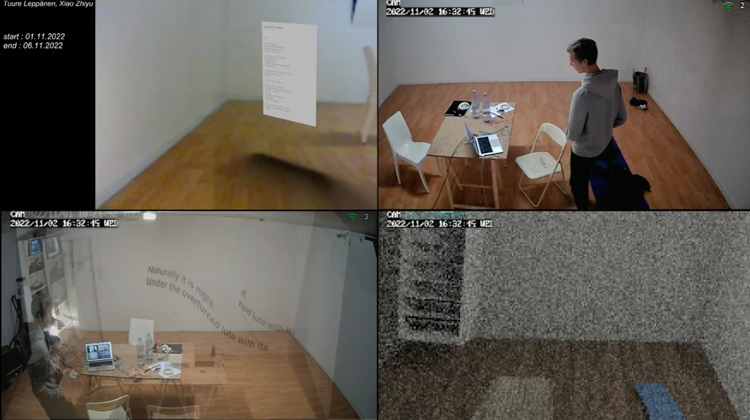